Form in art is commonly referred to about sculpture. You may have heard art critics at your local art gallery refer to an artwork and comment on the particular beauty of the form of an artwork, so let us unpack this term. This article will provide you with an introduction to form in art, as well as a few form art examples for your reference.

A Form Art Definition: What Is Form in Art?

Conjuring up a form art definition can seem tricky since form may seem like a vague term to unpack but let us begin with the basics. Form is one of the seven art elements alongside line, shape, color, texture, space, and value. The elements of art are what make up the basic building blocks of any artwork and are therefore the most important aspect of art education for any artist or art lover. Below we have summarized the basic elements of art for your quick reference.

Form, as an element of art, refers to the way that a shape or object takes up space. Form can be described by the foundational, intermediate, and outermost layers of a structure and is often used in both two-dimensional and three-dimensional artworks.

To further build on the form in art definition, you can also include the presence of depth, length, and width, which assist in forming what we call the “body” or “form” of an artwork.

How might form be found on a flat artwork such as a painting? Simple. Most artists make use of light, shadows, color, negative space, and defining an object’s contours to resurrect “form” on a flat work. Form in art is also closely related to another element of art, shape. Form is also described by two types of shapes, namely; organic and geometric shapes. While organic shapes are irregular, curved, and free-form, geometric shapes are rigid, angular, defined, and have a mathematical element to them.

Prior to the beginning of the Modern art era, form was considered one of the most important painting elements associated with the depiction of the human body. To create a form, for an artist, also meant to make amendments to the appearance of natural objects and produce a new version of that original form. The new version would become expressive and contain its own meaning within itself.

The emergence of Modern art meant that form could be transformed such that you no longer required the original appearance and that the depiction of form for expression was prioritized.

Formalism refers to the art theory that emerged as a result of artists and art critics placing importance on the sole visual aspects of artwork or form as opposed to the artwork in the context of the style. Formalism, therefore, speaks to the approach by which art is examined, that being an analysis of art through form.

This art theory came about after the rise of Impressionism and post-Impressionism, which had already left a significant mark on the audience of artists such as Paul Cézanne, Vincent van Gogh, and Georges Seurat.

Around 1914, British writer Clive Bell and art critic Roger Fry formally coined the theory as Formalist, which was then expanded on by Bell in Art (1914). Bell suggested that form conveys feelings, which, you can imagine, lead to one of the most loved and hated art genres – Abstract art.

Abstract art is dominated by form and this can be considered the turning point into the growth of modern art and ideas around the postmodern.

Types of Form in Art

Form is depicted in multiple ways and employed in conjunction with other art elements to create varied works of art across many different mediums. Below, we will take a closer look at some notable examples of the different types of form that is used in art.

These examples include David (1501 – 1504) by Michelangelo Buonarroti, Abduction of a Sabine Woman (1583) by the Flemish architect and sculptor Giambologna, Le Penseur (1880 – 1882) by Auguste Rodin, and Christ the Redeemer (1931) by Paul Landowski and Heitor da Silva Costa.

Relief in sculpture refers to imagery that is carved out of a flat surface and executed such that it represents a three-dimensional scene or image. Relief forms are found in both base and low reliefs characterized by the artist emphasizing the details on the two-dimensional plane using light sculpture and in high reliefs, the artwork appears to protrude from the surface.

Famous examples of relief sculptures include the Jacob and Esau relief, Gates of Paradise (1425 – 1452) by Lorenzo Ghiberti, Frieze of Parnassus (1860) by Henry Hugh Armstead and John Birnie Philip, and the high relief sculpture, Mount Rushmore National Memorial (1927), by Gutzon Borglum. 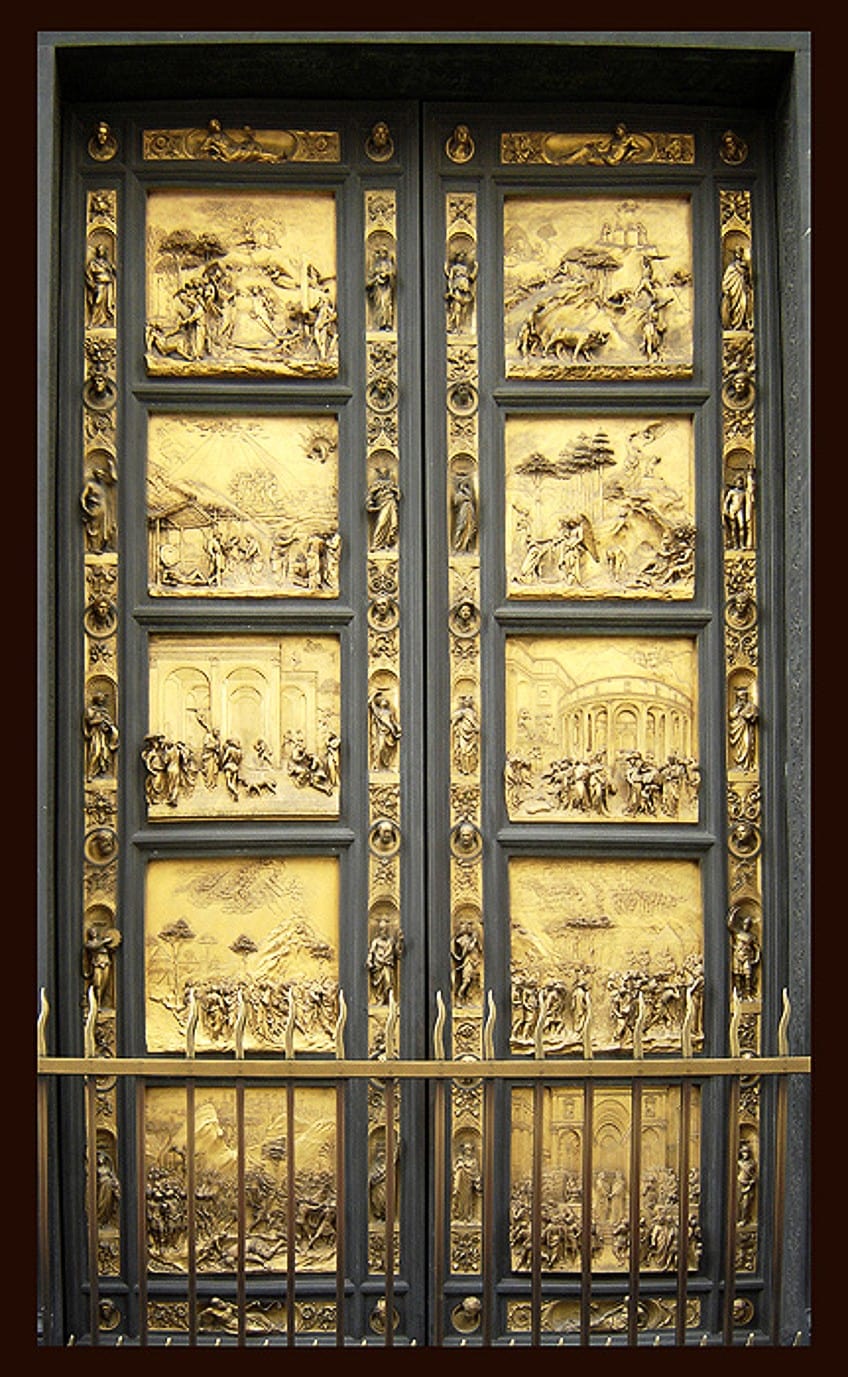 Illusionary form is often informed by the application of perspectival techniques, the use of the art element, line, and techniques for illuminism used to create the illusion of a three-dimensional space. This form is somewhat “imaginary” but exists only through illusionary tools. Some famous illusionistic form art examples include

The Black Bow (1882) by Georges Seurat, which is a two-dimensional artwork that uses both light and dark tones to illustrate the illusion of light that hits a perceived three-dimensional form. 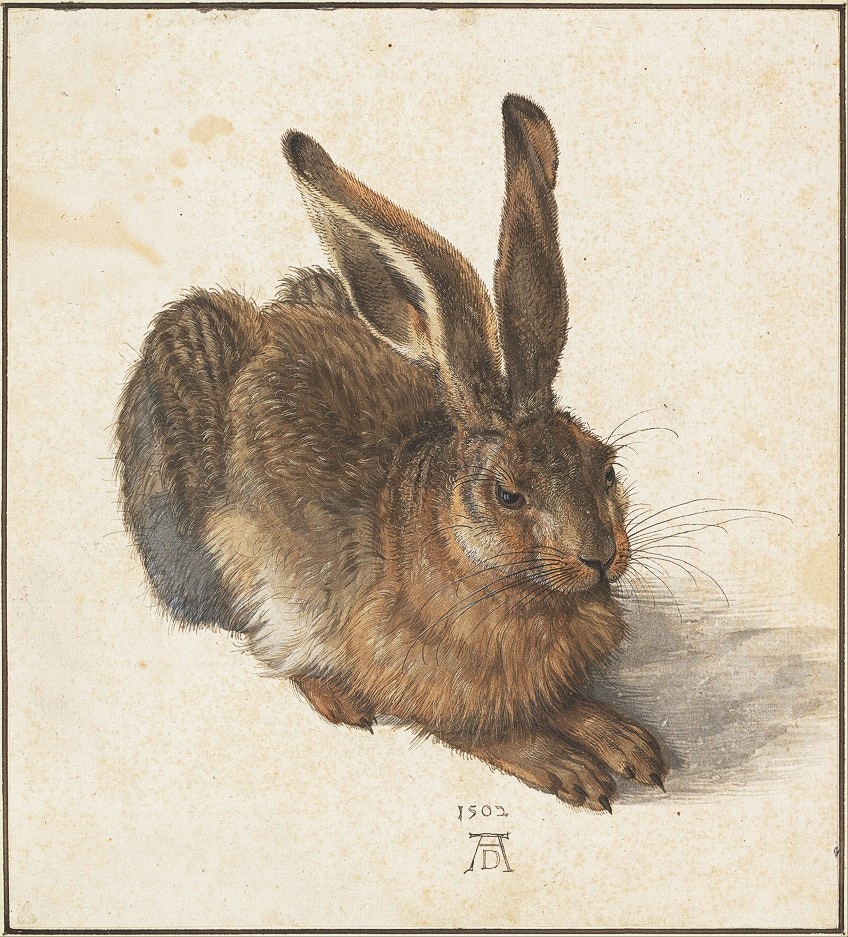 Other great illusionary form art examples include Watercolor of a Young Hare (1502) by Albrecht Dürer, Head of Leda (1506) by Leonardo da Vinci, as well as artists who specialize in optical illusion art such as Leandro Erlich, Julian Beever, Edgar Mueller, and Ramon Bruin.

Abstract forms refer to artworks that contain geometric shapes as a substitute for representing biomorphic shapes that are usually associated with naturally occurring shapes. This means that if a subject is normally curved in reality, the visual representation of the subject will differ in the artwork and appear in any other shape other than curved.

Some famous abstract form art examples include Cubist works such as Les Demoiselles d’Avignon (1907) by Pablo Picasso and Nude Descending a Staircase, No. 2 (1912) by Marcel Duchamp and Rrose Sélavy.

Artists use the combination of the frontal and profile perspectives to create the appearance of a human figure on a flat, two-dimensional surface. This is the most basic depiction of form and can be seen in artwork of Egyptian artists who painted works showcasing the full-frontal body profile of the human figure. 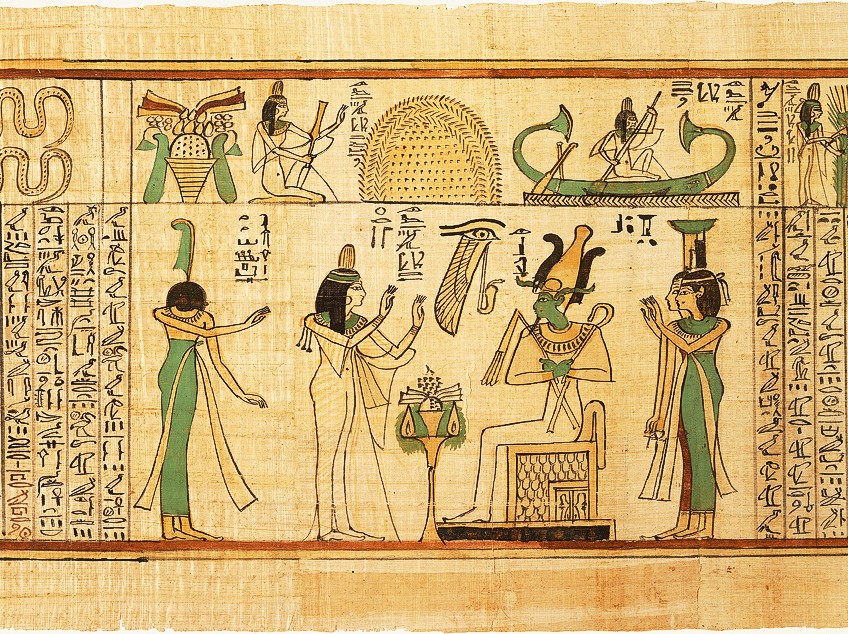 Detail of the Book of the Dead for the Chantress of Amun (1050 BC); Metropolitan Museum of Art, CC0, via Wikimedia Commons

Form as an element of art is often overlooked today but hopefully, this article has piqued your interest and enlightened you on the different types of form in art and how some of the most famous examples of form in art have applied them. Other artists who are excellent examples to study when looking at form include Alexander Calder, Julio Gonzalez, Steven Parrino, Doreen Garner, and Juliana Cerqueira Leite.

What Is Form in Art?

Form in art refers to the art element, which is defined by the way that something occupies space and is characterized by the presence of dimensions, an enclosed volume, and even two-dimensional features that are part of the construction of a three-dimensional object. Form can be organic or geometric.

Why Is Form in Art Important?

Form in art is important since it gives an artwork body and a sense of character, depth, weight, and shape. Form also helps create illusions by making a two-dimensional object appear three-dimensional.

What Are the Different Types of Forms in Art? 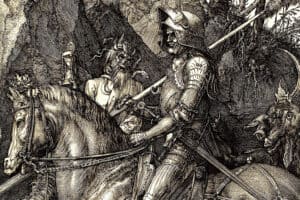 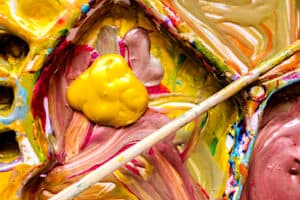 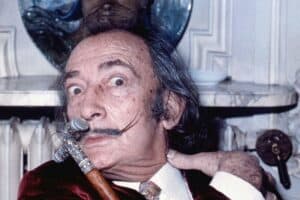